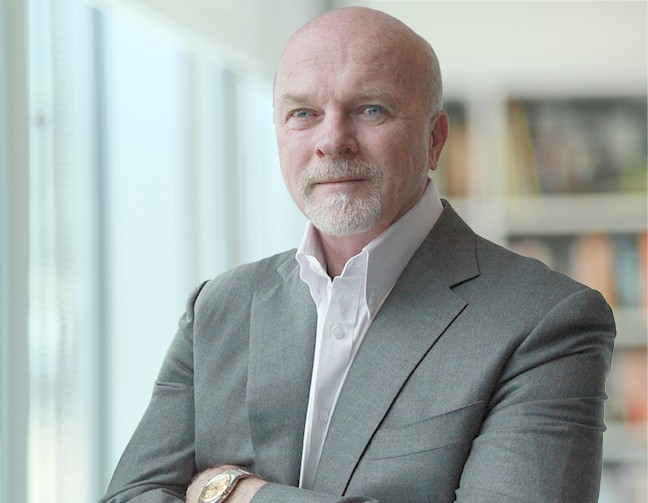 This presentation will feature an overview of the wireless 5G development at a global level, but with details regarding the US. This will include economic benefits to the US, timing of operator deployments, example use cases, local an dglobal security concerns. Included in this will be a view regarding how existing businesses, either technology providers or users, can take advantage of 5G and what they may need to do to prepare for this. Mike's perspective will be based on existing facts with insightful analytics to project into the future and comments regarding federal activities.

About Michael:
As Chief Technology Officer for Nokia's business in North America, Mike is responsible for supporting customer engagements and influencing corporate strategy in product direction and roadmaps. As such, Mike has been a key presenter for strategic vision within and outside the region.

Mike joined Nokia in 2005 as Japan country manager, where he had P&L responsibility. He also led the formation of a senior team during the Softbank takeover of Vodafone. He then moved to the role of Head of Technology for the Asia-Pacific region, managing activities in Asia, the Middle East and Africa. In this function, his focus was roadmap planning for the region, LTE entry and development, and communicating the telecom vision with a focus on broadband profitability.

Prior to joining Nokia, Mike was the former head of WCDMA development for Nortel Networks. Mike had primary responsibility for delivering that technology in 2001 to European customers. He then moved to Asia where he was instrumental in establishing the LG-Nortel join venture in Korea. After that, Mike headed the Nortel Networks Asia-Pacific Wireless sales business, covering all countries in the region.
Mike has a master's degree in Mathematics from the University of Waterloo in Canada. He has lived in Canada, China, France, Japan, Korea, Thailand, Turkey, and is now based in Dallas, Texas. Mike is fluent in English and French. He is a semi-professional photographer and holds a black belt in Tae Kwon Do.

He is a sought-after speaker on the topics of 5G and the race to 5G, and his bylined articles have appeared in EE Times, RCR Wireless News and LightReading.

Payment is necessary at the time of reservations. Due to catering requirements we must charge for reservations not canceled three days prior to the event.  Unclaimed reservations during the event will be relinquished at noon. Walk-in customers will be seated based on space availability.
Business Directory News Releases Events Calendar Job Postings Contact Us Join Tech Titans