Red Hat Inc. began when a small businessman met a geek at a tech conference. Marc Ewing was the technologist busy hacking, debugging, and spinning his own distribution of Linux® on CDs from his home in Raleigh, North Carolina.

The name Red Hat came from Ewing’s experience in his college computer lab. He would wear his grandfather’s red Cornell lacrosse cap, and people would say, “If you need help, look for the guy in the red hat.” When Ewing started distributing his own curated version of Linux, he chose Red Hat as the name.

Bob Young was a visionary small businessman running a computer supply catalog business out of his home in Connecticut. He noticed a growing interest in Linux, so he began to buy Ewing’s Red Hat Linux CDs. Young sold out of them so many times that he and Ewing joined forces, and Red Hat Software was born in 1995 with Young as CEO At the time, Red Hat offered a favorable alternative to Microsoft. Red Hat offered a stable, accessible distribution of a constantly evolving, community-developed operating system called Linux. Bob will be hosting a coffee talk on Dec 7, if you'd like to learn more about this startup story.

Open source is what powers innovation— past, present, and future. This is the innovation the world needs. This power extends beyond datacenters and emerging technology, and puts innovation in the hands of everyone.

In 25+ years, Red Hat has grown from a small home-based business into the world’s leading provider of enterprise open source solutions. Perception has shifted from seeing Red Hat as a disruptive rebel to a trusted adviser. The company has moved well beyond Red Hat Enterprise Linux into virtualization, middleware, application development, storage, cloud computing, and management. As always, everything continues to be made the open source way. 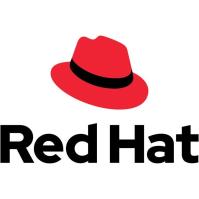